If you live by the coast – or have ever visited the beach on vacation – you might have heard the screeches and squawks of a seagull. These sea birds can be found near the sea, islands, and coasts, and are among the oldest creatures on the planet. In fact, seagulls are though to have been on Earth for at least 30 million years. But how much do you know about seagulls? For example, did you know that there are over 20 species of seagulls? Or that seagulls can even be found on the Arctic Sea and in Antarctica? Here are some facts about seagulls that you might have never heard about.

Size and diet
Although seagulls are enjoyed by many people around the world, in some countries they are considered pests because of the loud noises that they make. They are also known for leaving bird droppings. Seagulls can be found in abundance in some countries and aren’t currently on any lists of endangered animals. These birds can range in size, with smaller birds reaching 11 inches in length and 4 ounces in weight. However, larger seagulls can reach 4 pounds in weight and 30 inches in length. There are a lot of misconceptions about what seagulls actually eat, but their diet is wide and varied. For example, seagulls enjoy consuming everything from small rodents to insects to worms. They can also eat leftovers from foods that humans consume, and many visitors to coastal locations will often feed the seagulls. However, feeding the seagulls is sometimes prohibited depending on the location.

Color and characteristics
Did you know that seagulls can drink salt water, and are one of the few animals who are able to do so? They can get rid of any excess salt from their body with special glands which are located just above their eyes. Seagulls are known for being white in color, but this can differ depending on the species. For example, some seagulls are darker in color (or even black), whilst others have a grey coat. They are also known for their small feet and beak, which is usually yellow and hooked. The birds have webbed feet, long legs, and a strong upper body. Many people who visit the coast enjoy taking seagull pictures with their cameras.

Lifespan
Seagulls are intelligent birds and attract earthworms by using their webbed feet. They often take food from other animals and birds, and pass on the skills they have to their children. The life of a seagull depends on the species, and can survive for as long as 15 years. There are a number of different species of seagull, including the black beaked gull and little gull.
Special features
There are a number of characteristics that seagulls share, including a small claw halfway up their leg, which allows the bird to roost on ledges without being blown away. These birds also conserve their energy by absorbing heat from surfaces such as paved roadways. Seagulls are known for remembering information and passing this on, such as stamping their feet in order to imitate the sound of rain. They also have a number of feeding behaviors, such as flying to certain areas where they know that grubs and other foods will be available. These birds are also known for being caring parents, and will protect their offspring for many years. Unlike other animals, the male and female seagull will remain together for life and will take turns when it comes to feeding their children and protecting them.

Location and behavior
Seagulls can be found across the world, but are most commonly found in Europe, North America, Northern Africa and Asia. If you have seen a seagull before when on vacation or if you live close to the sea, you will notice that they aren’t afraid of humans. In fact, they will often approach and walk up to humans, and will often trying and feed on discarded food items. Sometimes they are called garbage birds as they will consume a wide variety of foods. Sometimes these birds will fight with each other over food. They are very efficient when it comes to making nests for their young, and will hollow out spots in the sand (this spot will be close to rocks, logs, or grass to ensure the nest is well protected). 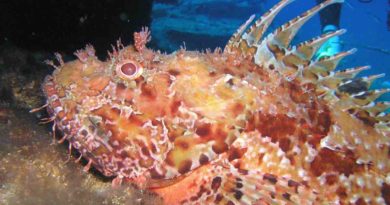 The Surprising History of Seagull meme

Palm leaves have been used for ages as natural and renewable resources. They have multiple uses that vary from medicinal

Everything You Need to Know About Royal Blue Flowers

The Surprising History of Seagull meme